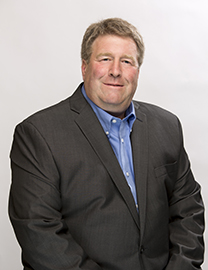 SURREY, BC – The expansion of FortisBC’s Tilbury LNG facility in Delta is proof that LNG projects in B.C. provide local economic and employment benefits. The project has created thousands of hours of well-paying trades work; it’s allowing workers to stay close to home and contribute to B.C.’s economy while helping the province and industry meet environmental commitments.

Our customers have benefited from the use of LNG through the years. Liquefying and storing natural gas at Tilbury helps us manage costs for customers, while ensuring they have the gas they need to heat their homes and businesses when the weather turns cold.

In October 2014, we officially broke ground on our Tilbury expansion project, which will significantly increase LNG production and storage for the domestic market by late 2016.

The benefits to B.C.-based businesses and workers were immediate.

There are now more than 475 tradespeople registered to work on the project, represented by 10 B.C.-based unions. So far those workers have logged a collective 65,000 full -time equivalent hours on the expansion. Today, we have 130 people working full time on the expansion.

While the discussion around LNG has largely focused on its economic and employment benefits to B.C., it’s important not to overlook the environmental benefits of LNG.

For several years, FortisBC has been helping the transportation industry adopt natural gas as a cleaner fuel option. With B.C.’s transportation industry responsible for the largest share of provincial greenhouse gas emissions, converting fleets and vehicles to natural gas will help the province meet its 33 per cent carbon reduction goal by 2020. That’s because LNG puts about 25 per cent fewer GHGs into the atmosphere.

FortisBC has contributed nearly $30 million in incentives to help companies convert vehicles to run on natural gas, including Seaspan Ferries and BC Ferries which both announced the construction of LNG ferries; some of the first marine vessels of their kind in Canada.

That is important because since the English Bay oil spill this past summer we’re all sensitive to the risk of using heavy oil and diesel as a marine fuel. With stricter marine emission regulations coming into force in North America, LNG is seen by many as an opportunity to help reduce that risk.

In fact, a study commissioned by the World Wildlife Fund Canada related to shipping in the Arctic found that switching to LNG from heavy fuel oil would mean a reduction in all pollutants, as well as greenhouse gas emissions. And the safety risks associated with spills are greatly reduced. As the WWF-Canada study observed, LNG dissipates into the atmosphere almost immediately.

Since the first commercial LNG voyage in 1964, LNG carriers have safely loaded and sailed more than 240 million kilometres globally; 80,000 cargos have been delivered without a major accident resulting in lost cargo or impact on human health.

The B.C. Environmental Assessment Office is currently reviewing a proposal by WesPac Midstream LLP to build a marine jetty adjacent to our Tilbury facility. The jetty would allow us to transport LNG abroad to markets like Hawaii where oil-based power generation is still the norm. LNG from Tilbury could help the Pacific islands transition to 100 per cent renewable energy production.

The Tsawwassen First Nation (TFN) is also consulting its members on an unrelated LNG export facility concept on Tsawwassen Lands. TFN leadership has promised that, if approved, “every step will be done in a manner which is consistent with TFN’s values and environmental interests.”

At FortisBC, we’re proud to be a part of this important industry. As LNG in B.C. continues to develop, British Columbians will realize further benefits. To learn more about the ways that natural gas – and more specifically LNG – will benefit you, visit fortisbc.com/LNG.

Michael Mulcahy is the president and CEO of FortisBC, a regulated utility focused on providing safe, reliable energy, including natural gas, electricity and propane.